An Award for the Orimi Factory 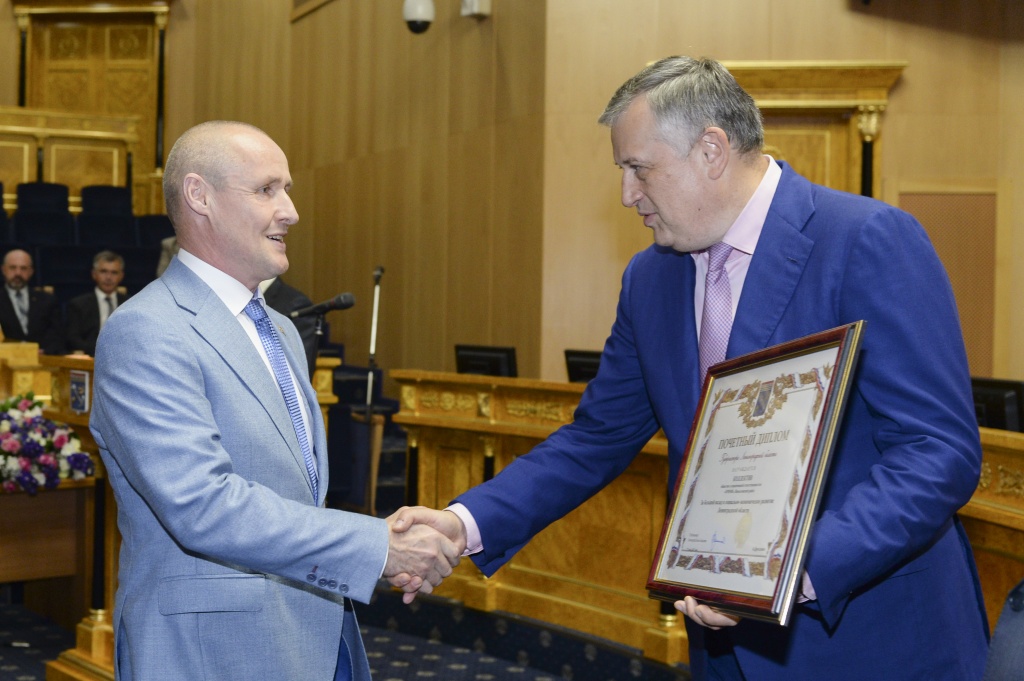 An award ceremony was held in the Regional Government House of the Leningrad Region in order to honor exceptional residence and labor collectives.
While congratulating the award winners, Aleksandr Drozdenko, the Governor of the Leningrad Region, noted that state, industry-wide, and regional awards are given on the eve of the 90th anniversary of the region, which owes its achievements to the men of labor (workers): "Our region demonstrates annual growth in primary socio-economic indicators, and this is unconditionally an achievement of our "golden workers". I am tremendously honored to be handing your well-deserved awards to you". For their significant contribution to the socio-economic development of the Leningrad region, the staff of the Orimi factory was awarded with the Honorary Diploma of the Governor.
In the photo:
A.Yu. Drozdenko, the Governor of the Leningrad Region, hands the Honorary Diploma to M. I. Muratov, the General Director of the Orimi factory